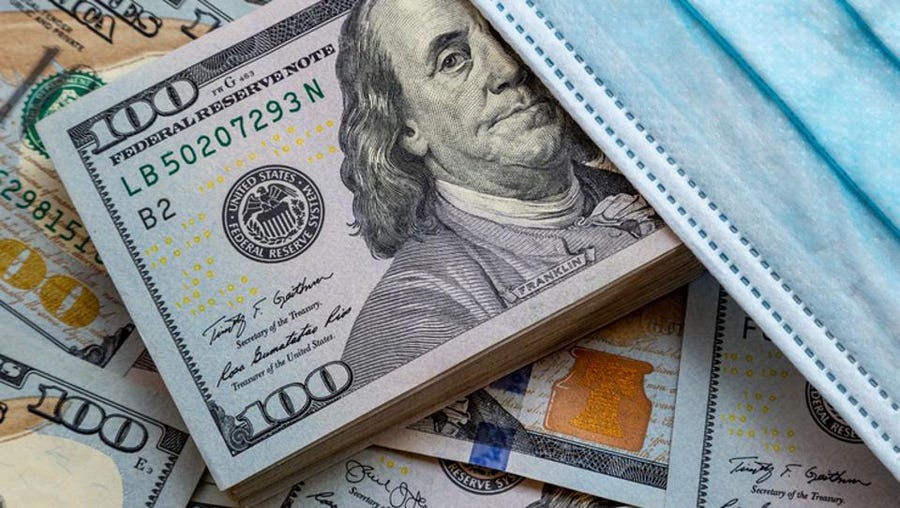 This chart shows an estimated timeline for when a taxpayer is likely to receive their refund, based on information we have now, and using projections based on previous years- and depending on when a person files their return.

I know it’s way too” early to think about it, but in case you do, here’s our annual chart for the #1 question we get every year: “When will I get my tax refund?” The answer is never exact, but we are able to make some educated guesses based on a few easy factors. But it’s also good to start thinking about taxes now, before the end of the year, because there’s still time to take advantage of some strategies that can lower your tax bill, or increase your refund.

If you’ve had major income changes this year, had a child, got married/divorced, retired, bought a house, changed investments, or made any other really significant life changes, you should definitely seek the advice of a tax professional like a CPA or EA before the end of the year. The sooner the better.

Will the 2023 tax filing season be normal? It will likely be closer to normal than it has been since 2019, the last tax filing season before COVID caused widespread office closures, even at the IRS, which delayed the 2020 tax filing deadline by several months. The pandemic also ushered in many tax credits and deductions for businesses, as well as stimulus payments for most Americans. These were also sometimes given as a credit on a taxpayer’s taxes if they did not receive payment directly.

Most individual taxpayers won’t have such issues for this tax season. For clarification, the weeks leading up to April 18, 2023, deadline is when Americans file tax returns for the income they received during the 2022 calendar year, or they can file an automatic extension, which gives them an additional six months to file.

Why is the 2023 tax deadline April 18 instead of April 15? Because April 15, the standard deadline, falls on a Saturday. When the deadline falls on a weekend, the IRS moves the deadline day to the next business day. However, Monday, April 17, 2023, is Emancipation Day, a holiday recognized in Washington, D.C., where the IRS is headquartered.

April 17 is also Patriot’s Day, a state holiday in Maine and Massachusetts. As a result of all of this, the deadline for filing federal income tax returns (generally Form 1040), will be Tuesday, April 18, 2023, and most states usually follow the same calendar for state income tax returns.

Depending on when a taxpayer files, they can often receive their tax refund payments (check or direct deposit) within only 2-3 weeks.

When Will the IRS Start Accepting 2023 Tax Returns and Issuing Refunds?

The IRS usually starts accepting tax returns during the last week of January. If major new tax legislation is passed at the end of the year, however, this could push the start of tax season back by a week or two. So, early tax filers who are due a refund can often see them as early as mid- or late February. However, taxpayers with the Earned Income Tax Credit or Child Tax Credit generally have their refunds delayed by about one month while the IRS confirms eligibility for these credits.

Although the last two tax filing seasons were significantly impacted by the Covid-19 pandemic, and the IRS extended both deadlines, the IRS is not expected to extend the tax filing deadline for 2023.

The below chart shows an estimated timeline for when a taxpayer is likely to receive their refund, based on the information we have now, and using projections based on previous years- and depending on when a person files their return. If your IRS income tax refund is delayed after you’ve filed, ask your tax professional, or simply use the “Where’s My Refund?” tool on the IRS website. Or download the IRS2Go app to check your refund status.

Most Americans who are expecting an income tax refund receive it by direct deposit in as little as 2 weeks, although it can take longer during the peak of the filing season, which starts in late March. So it’s a good idea to e-file your tax return as soon as you have all of your tax documents (like your W2, 1099s, mortgage and student loan interest, and other items).

Several factors can determine when a taxpayer may receive their tax return, including:

Note: The IRS will delay processing by 2-3 weeks if an income tax return has the Earned Income Tax Credit (EITC) or Child Tax Credit (CTC), which allows the IRS to verify that taxpayers qualify for the credits.

So, here’s the chart you were looking for. If the IRS changes tax season this year, we will update this chart. And remember: This is an estimate of when to expect your refund. It is not exact, as all taxpayers have different returns and situations. Note that the first column is when the IRS “accepts” your return, which can be 2-3 days after when you submitted it electronically. Mailing in a return can result in a few weeks extra delay at the beginning of the process since the IRS will need to enter it into their computer systems manually.

IMPORTANT: If you file electronically (using an online tax program or preparer), the IRS will notify you of the actual date they “accepted” your return. This is often 1-3 days from the time you actually hit the “file” or “submit” button, and it is this date that you need to use on the left side of the above chart.

Taxpayers who mail a paper version of their income tax return can expect at least a 3-4 week delay at the front end of the process, as the return has to be manually entered into the IRS system before it can be processed.

Be Safe – Hire a Professional

Taxpayers who use a professional, such as a CPA or EA, can ask that professional for the estimated date of their tax refund, and they can be more confident that their taxes have been properly (and legally) filed.

There are also apps for Apple, Android and other devices that help track refund status.

In general, the IRS says that returns with refunds are processed and payments issued within 21 days, and often in as little as 10 days. For paper filers, this can take much longer, however. The IRS and tax professionals strongly encourage electronic filing.

What If You Can’t File Your Income Taxes By April 15?

Taxpayers who don’t have all of the paperwork needed in order to file their taxes can easily file an extension form, “Form 4868, Application for Automatic Extension of Time to File U.S. Individual Income Tax Return.” – This will give the taxpayer until October 17, 2023, to file their tax return. No reason or excuse is needed to receive this extension, and as the title states, it is automatically granted.

However, if a person will owe taxes, it is still their obligation to pay those taxes by April 18, 2023, even if they have requested an extension to file. A professional can assist with this. Those who are due a refund generally only need to file the extension request by April 18, 2023. Any tax professional and most do-it-yourself tax programs can perform this task.