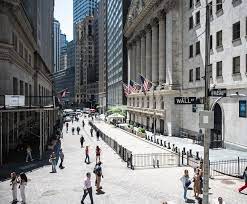 The US stock market has entered a bear market and if history is any
guide, it could be long and painful.

This is the fourth such event for the S&P 500 Index over the past two
decades. While the last bear market of 2020 was mostly a so-called
shock trade brought about by the Covid-19 pandemic, earlier ones in
2000 and 2008 took much longer to find a bottom and then recover
losses.

According to Peter Garnry, head of the equity strategy at Saxo Bank
A/S, the current selloff has most in common with the dot-com bust of
2000 and the 1973-1974 bear market that was punctuated by surging oil
prices linked to an OPEC oil embargo. That’s due to the combination of
high technology valuations and the current commodity crisis, he said.

“This drawdown could extend to 35% and last over a year before the
trough is reached,” Garnry wrote in a note.

The S&P 500 Index fell 51% from peak to trough between 2000 and 2002,
and by 58% during the period of the global financial crisis, and on
both those occasions it took more than 1,000 trading days to recover
the losses. In the case of the former, it took 638 days before a low
was reached, while for the latter it took 352 days, suggesting the
current selloff might be young in age.

Valuations were at an all-time high just before the tech bubble burst
in 2000. The S&P 500’s forward price-to-earnings ratio was around 25
times back then. That’s similar to the current situation, as forward
valuations were approaching 24 before the market started falling this
year. By contrast, stocks were relatively cheap ahead of the global
financial crisis, but in both cases, the drop in valuations exceeded
40%, compared with less than 30% currently.

Every stock rout, particularly previous bear markets, was the event
that brought equities back to fundamentals. The S&P 500 has often
decoupled from its earnings trend but eventually comes back in line.

Equity investors shouldn’t bet on any help from central banks at this
point. On the contrary, the end of extreme monetary easing is set to
halt a two-year bull run that was among the most powerful ever
recorded, while stocks might find it hard to live without the drug of
cheap money. It’s also a challenge for investors to adopt a new regime
after years of the “don’t fight the Fed” mantra.

Recent sharp increases in government bond yields bode ill if the
recent past is anything to go by. European stock markets were pushed
back into bear territory in 2011 as the aftermath of the financial
crisis morphed into the sovereign-debt crisis due to sky-rocketing
yields and a plunging euro.

One crucial difference between the current bear market and previous
ones is the monetary policy environment. This one is the first in a
long time where markets have to battle high inflation and rising rates
simultaneously.