US IPOs Can’t Shake 2022 Slump After Thriving Through Pandemic 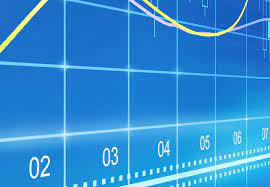 Companies last year defied the coronavirus pandemic to go public at a
record pace. Now, market volatility, inflation, and fears of a
downturn have brought an abrupt end to the listing party.

Companies have raised a combined $4.9 billion via US initial public
offerings this year, less than 6% of the record sum raised in the
first half of 2021, according to data compiled by Bloomberg, While
2021’s volume was a historical outlier, this year’s paltry total
distantly trails the $47 billion five-year average for the period.

Dealmakers said the IPO drought is unlikely to let up this summer and
could even drag through the rest of the year if the economic outlook
doesn’t perk up.

“All these indicators that investors are very focused on will require
positive momentum before we can expect an improvement in capital
markets activity,” said Alaoui Zenere, JPMorgan Chase & Co.’s co-head
of equity capital markets for financial institutions and financial
technology, referring to data points such as the consumer price index
or the Cboe Volatility Index, or VIX.

“If the market stabilizes for a sustained amount of time, we could see
a decent amount of supply,” she said. “But if the market continues to
remain volatile, companies are going to take a prudent approach in
accessing capital markets.”

While IPOs have fallen from last year’s record around the world, the
US plunge is far steeper. US volume is down 95% from this point last
year, compared with only a 41% drop elsewhere, the data show.

So far in 2022, only two IPOs on US exchanges have raised more than
$500 million. Alternative asset manager TPG Inc. raised $1.1 billion
in January, while Bausch + Lomb Co., an eye-care spinoff from the
healthcare giant, got $630 million in May. TPG’s shares are down 13%
through Monday’s close, outperforming the S&P 500’s 18% drop this
year. Bausch + Lomb has fallen 13% in its first month and a half as a
public company.

The waning fortunes of those and other recently listed companies could
be giving IPO hopefuls pause.

Coinbase Global Inc. has announced a hiring freeze and rescinded
offers to some job candidates after its stock lost more than
three-quarters of its value this year. Electric-vehicle maker Rivian
Automotive Inc. — after raising almost $14 billion in the world’s
13th-biggest-ever IPO last year — has struggled with supply shortages
and manufacturing glitches, sending its shares down 73% since Jan. 1.

Not including blank-check firms that further elevated 2021’s record
IPO totals, companies that went public in the US last year have sunk
44% on a weighted average basis since listing, according to data
compiled by Bloomberg. Only about a 10th of those more than 500
companies are trading above their offer prices, the data shows.

Private companies, especially technology startups that have spent the
past few years raising big rounds at eye-popping valuations in
anticipation of IPOs have put those plans on the back burner. Not one
venture capital-backed tech startup valued at $1 billion or more — a
unicorn — has gone public in the US this year, according to data
provider PitchBook.

For the first time in five years, newly public companies that haven’t
turned a profit based on earnings before interest, taxes,
depreciation, and amortization — a group dominated by those
high-growth tech firms — are underperforming their more staid,
money-making counterparts as investors shift their money to cash flow
over growth, said Lear Beyer and Craig McCracken, co-heads of ECM at
Wells Fargo & Co., citing the firm’s research.

Meanwhile, the backlog of companies that have filed with the US
Securities and Exchange Commission in the past year for IPOs has grown
to 185. That doesn’t include startups that submitted their plans
without making them public yet.

Instacart Inc., which filed confidential listing documents with the US
Securities and Exchange in May, slashed its private valuation by 40%
ahead of the long-awaited IPO. Its value fell to $24 billion in March,
down from the $39 billion it reached in a March 2021 funding round.

Instacart is now looking to brave the IPO markets as soon as the
window reopens, which isn’t expected to happen before September, said
a person familiar with the company’s plans.

Other venture-backed companies awaiting that opening include Reddit
Inc., Stripe Inc., and Discord Inc., said people familiar with each of
the companies’ plans who asked not to be identified because the
information was private. Industrywide concerns about online
advertising revenue have added to Reddit’s skittishness, one of the
people said. Representatives for those companies declined to comment
on their plans.

For the startups having cash on hand from earlier funding rounds could
help them survive until the outlook changes, even if their valuations
might not translate to public markets anytime soon.

The IPO freeze is extending into block trades as well, another
business traditionally lucrative to investment banks.

Financial sponsors with stakes in companies that have gone public are
less inclined to sell their holdings in the lackluster public market.
Some have opted to transfer stock to their investors, or so-called
limited partners, instead of returning cash after a block trade.

The practice, known as a distribution, was traditionally used by
venture capital firms but has gained popularity among private equity
firms as well, Wells Fargo’s McCracken said.

Some public companies looking to raise capital have turned to more
structured fundraising products such as convertible bonds to sell
shares at a discount to future — and hopefully higher — prices.

While convertible bonds are a good way to mitigate the market,
companies are still going to use them sparingly, Ludwig said.

“In this environment the companies likely raising capital will be ones
that have a need, whether it be to fund acquisitions, organic growth,
or refinancing the balance sheet,” he said. “This is in contrast to
much of the last couple of years where companies frequently tapped the
equity capital markets opportunistically to add dry powder to their
balance sheets without a defined use of proceeds.”