Home » US economic growth revised up to 3.2% in the third quarter in a show of resiliency

US economic growth revised up to 3.2% in the third quarter in a show of resiliency 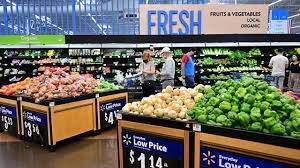 Third-quarter GDP was previously reported to have increased by 2.9%

The U.S. economy grew at a faster pace in the third quarter than previously reported as American consumers continued to spend even in the face of painfully high inflation and rising interest rates.

Gross domestic product, the broadest measure of goods and services produced across the economy, grew by 3.2% on an annualized basis in the three-month period from July through September, the Commerce Department said in its third and final reading of the data Thursday. That compares with the previously reported 2.9% increase.

The change stemmed from a significant upward revision to personal consumption, which rose 2.3% in the final report compared to the earlier 1.7% reading. Services spending was also stronger in the third quarter than initially reported.

However, there is a growing expectation on Wall Street that consumer resiliency will fade in 2023 and that the U.S. economy will tumble into a recession.

That’s because the Federal Reserve is embarking on one of the fastest monetary tightening paths in decades as it seeks to wrestle consumer prices that are still running near a 40-year high back to 2%.

In a troubling development, the Fed’s rate hikes have thus far failed to tame inflation, which remains stubbornly high: The government reported earlier this month that the consumer price index soared 7.1% in November from the previous year, about three times the pre-pandemic average.

That indicates the Fed will have to continue charting its aggressive course, raising the odds that it will crush consumer demand and cause unemployment to rise. Policymakers have already approved seven straight rate hikes – including four 75-basis-point increases – and have indicated they plan to continue raising rates in 2023.

Hiking interest rates tends to create higher rates on consumer and business loans, which slows the economy by forcing employers to cut back on spending.

Bank of America, Goldman Sachs, and Deutsche Bank are among the major Wall Street firms forecasting a downturn next year, although they remain uncertain about its severity.

Still, Fed Chair Jerome Powell pushed back against that expectation during his post-meeting press conference last week, suggesting that lower inflation prints could boost the odds of a soft landing – the sweet spot between curbing inflation without flatlining growth.

“To the extent, we need to keep rates higher and keep them there for longer and inflation moves up higher and higher, I think that narrows the runway,” Powell told reporters. “But lower inflation readings, if they persist, in time could certainly make it more possible. I don’t think anyone knows whether we’re going to have a recession or not, and if we do, whether it’s going to be a deep one or not. It’s not knowable.”