Home » U.S. economy continues to shrink and many aren’t prepared for an economic downturn. Here’s what advisors are telling clients as recession fears grow

U.S. economy continues to shrink and many aren’t prepared for an economic downturn. Here’s what advisors are telling clients as recession fears grow 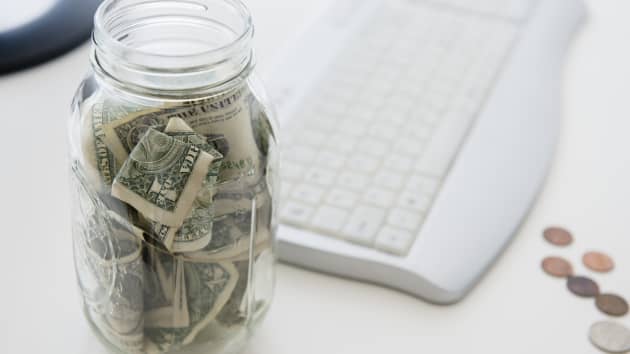 The U.S. economy shrank for a second straight quarter, one definition
of a recession, the Bureau of Economic Analysis reported Thursday.
However, fewer than half of Americans feel “financially secure enough”
for another prolonged economic downturn, according to a Personal
Capital survey.
“People are being very short-term defensive, regardless of what their
long-term goals are,” said Bill Parrott, president, and CEO of Parrott
Wealth Management.

As the U.S. economy shrinks for a second straight quarter — one
definition of a recession — many Americans aren’t prepared for an
economic downturn.

However, financial advisors say there’s plenty that is in your control.

Fewer than half of Americans feel “financially secure enough” for
another recession, according to a survey from digital wealth manager
Personal Capital.

Among those surveyed, the top fears include the inability to plan for
the future, trouble paying bills, or losing a job, the report found,
polling roughly 1,000 cross-generation Americans in May 2022.

However, the average emergency savings is roughly $7,600, according to
the survey, which may be lower than needed. While advisors typically
recommend three to six months of living expenses, other experts may
suggest more for added flexibility.

What advisors are telling their clients

While some indicators point to a recession, other factors, such as the
jobs market, say otherwise. But Americans won’t know until it’s
decided by the National Bureau of Economic Research, the official
documenter of economic cycles.

Federal Reserve Chairman Jerome Powell on Wednesday said he believes
the central bank’s rate increases will tame inflation and does not see
a recession.

“I’ve seen the soap opera unfold on whether or not we’re in a
recession,” said certified financial planner Charles Sachs, chief
investment officer at Kaufman Rossin Wealth in Miami. “The focus is
how does that impact you?”

Since no one can predict when a recession may happen, it’s best to
focus on what’s in your control, such as how much you’re spending and
saving, he said.

“If we’re looking at your personal balance sheet, and like many
people, you’re living above your means, that’s arguably not
sustainable,” Sachs said.

And recession or not, job loss can happen at any time.

“If you haven’t evolved and you don’t have a skill set in demand, then
irrespective of what’s going on in the economy, you could be in your
own personal recession,” Sachs added.

How to handle stock market volatility

“People are being very short-term defensive, regardless of what their
long-term goals are,” said Bill Parrott, a CFP, president, and CEO of
Parrott Wealth Management in Austin, Texas.

While some have lingering fears from the financial crisis in 2008,
emotion-based money moves, such as impulsively selling off assets, may
miss future gains and put their plan at risk, he said.

Indeed, the market’s 10 best days over the past 20 years happened
after some of the worst, including during the downturn in 2008, a
recent J.P. Morgan Asset Management analysis found.

When Parrott’s firm receives a panicked phone call, it revisits the
client’s financial plan to review how stock market volatility may
affect their goals.

“I know every advisor probably says ‘stay in the market,’ but we back
it up with their financial plan and show them the data,” he added.