Home » These states have the highest and lowest tax burdens

These states have the highest and lowest tax burdens 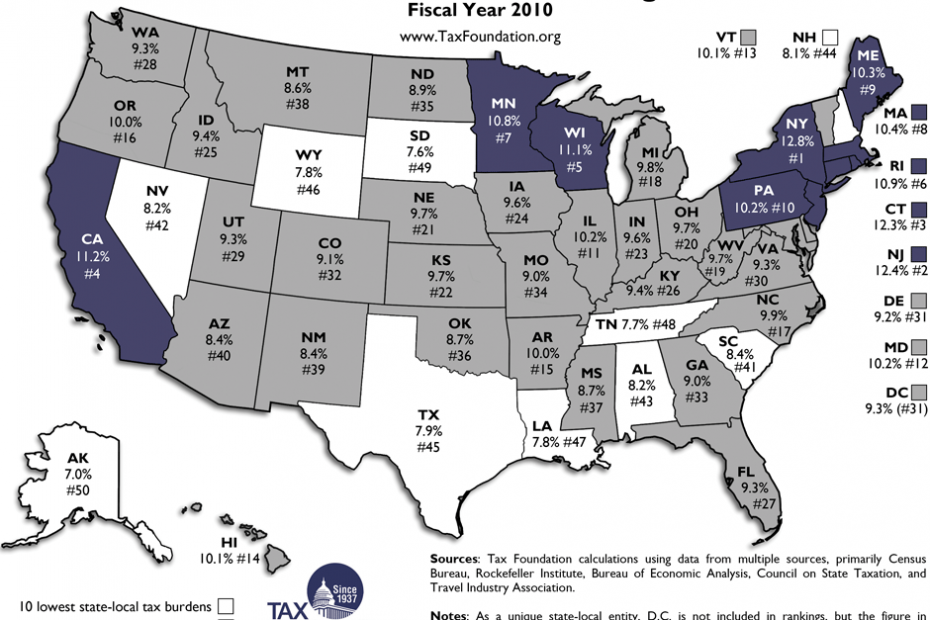 You may have a wildly different tax bill depending on where you live.
That’s because your tax burden — individual income, property, sales,
and excise taxes as a share of total personal income — varies by
state.
You can expect to spend the most in New York, Hawaii, Maine, Vermont,
and Minnesota, according to a WalletHub report.

As this year’s tax deadline approaches, you may have a wildly
different bill depending on where you live, according to a WalletHub
report ranking how much residents pay by state.

“Tax burden is a simpler ratio and helps cut through a lot of the
confusion, especially when you’re looking to relocate,” WalletHub
analyst Jill Gonzalez said.

While it’s easy to focus solely on income taxes, other levies can have
a significant effect on your family’s budget.

Here are the states with the highest and lowest tax burdens, according
to WalletHub.

States with the highest tax burdens

States with the lowest tax burdens

In 2022, Idaho, Indiana, Iowa, and Utah have enacted income tax cuts,
and similar legislation awaits the governor’s signature in
Mississippi, as of March 29, according to the Tax Foundation.

And there are proposals to cut levies on income in Colorado, Missouri,
Nebraska, New York, Oklahoma, and South Carolina.

There’s a list of each state’s tax proposals and relief here.

Several high-tax states have lost residents during the pandemic.

The $10,000 cap on the federal deduction for state and local levies
for Americans who itemize, known as SALT, has been a pain point for
areas with steep income and property taxes.

From April 2020 to July 2021, California, Hawaii, Illinois, New York,
and the District of Columbia were the top five jurisdictions to shed
residents, according to a Tax Foundation report.