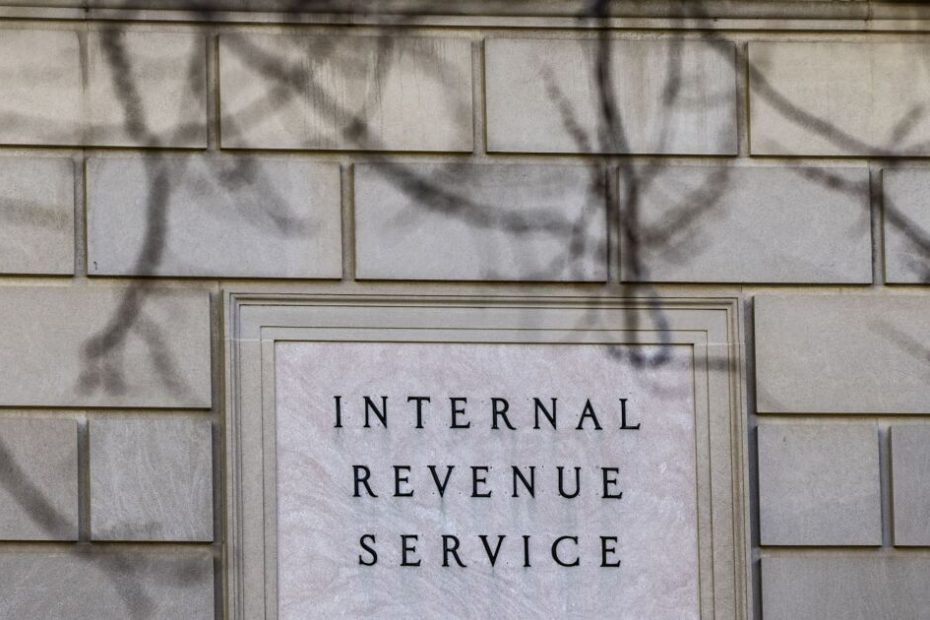 The annual rite of filing a federal tax return is kicking into full swing, and this time, millions of Americans will need to adjust their expectations.

Stimulus checks are no more. Generous credits for children and for childcare and dependent expenses, mostly daycare, have shrunk to pre-pandemic levels. Steep losses from the stock market, which fell nearly 20% last year, have handed some mutual fund investors surprise distributions with a capital-gains tax bill, even as the funds lost money.

Throw in spiking audit rates for higher earners, and the financial jolts of the 2023 filing season — which covers income, losses, credits, and deductions for 2022 — will hand many filers slimmed-down refunds, or none. Some taxpayers “will likely receive a significantly smaller refund compared with the previous tax year,” the nation’s tax agency warned before the December holidays.

Federal returns are due April 18, a Tuesday, due to a District of Columbia holiday the day before. California storm victims have until May 15. The earliest a taxpayer can file is Jan. 23. You can kick the can down the road and opt by April 18 for an extension to file by Oct. 16 (inclusive of that day). Either way, it all leaves just under 14 weeks for most taxpayers, their financial advisors, and their accountants to wrangle the paperwork and make tax-smart decisions.

Complicating things, some filers won’t get a tax form for payments from third-party vendors until the end of this month, leaving less time to pull it all together. As usual, partnerships don’t have to send investors statements of income and losses until March 15, which makes filing for an extension the way to go for affluent taxpayers.

Here’s your field guide to the 2023 filing season:

Expect less
The federal government flooded American households with cash and credits during the pandemic, an effort to keep people’s financial heads above water as businesses shuttered and the economy stumbled.

Those $1,400-per-person stimulus checks in 2021 are now a distant memory. So a family with three children who received $7,000, either as a paper check or credit on its 2021 return, won’t have that boost this year.

The gloss in a loss
All those losses in the market have a potential upside. Investors can sell poorly performing stocks and funds and use the losses to offset the profits made from selling winning assets. The technique, known as tax-loss harvesting, works when selling real estate and businesses, too. Losses can offset, or reduce, the capital gains due to profitable sales.

No investment profits to offset? You can use up to $3,000 to offset your total taxable income, which includes salaries and wages. Any losses left over can be carried forward indefinitely to future years.

“Instead of a 10-year cycle of massive gains, it’s now about business losses, capital losses,” said Ryan Losi, the executive vice president of accounting firm PIASCIK. “Taxpayers will be asking, ‘How can I use these losses?’”

Many mutual funds started 2022 flush with appreciated assets from the longest bull market in history (since 2009). As markets tumbled last year, many fund managers sold winning holdings in a fund to meet redemptions from nervous investors who wanted their money back.

The sales produced a capital gains tax bill that was then parceled out to existing fundholders. The ugly upshot is that an investor with a losing mutual fund could still face a tax bill on that same fund.

For example, Fidelity’s $91 billion Contrafund lost more than 28% last year. But it also sent each fundholder a share of a collective dividend totaling 8.48% of the fund’s assets. So this filing season, each fundholder owes capital gains tax, now a top 23.8 %, including the 3.8% Affordable Care Act levy, on that distribution. The tax bill hits only those with mutual funds in a taxable brokerage account; those with the funds in their 401(k)s or individual retirement accounts aren’t affected.

Mutual fund distributions set a record last year, with 789 funds sending investors distributions in excess of 10% of a fund’s net asset value, according to CapGainsValet. This tax year should be normal, with website founder Mark Wilson, the president and founder of MILE Wealth Management in Irvine, California, estimating that 296 funds will make such distributions for 2022.

Scott Bishop, the executive director of wealth solutions at Avidian Wealth Solutions in Houston, said that for last year’s filing season, many investors had large capital gains due to the booming stock market. But this year, he said, “they will most likely see much less,” especially if they “aggressively” sold losing stocks to offset winners.

Reap what you sowed
Unlike mutual funds, which are bought through fund companies, exchange-traded funds trade on exchanges just like stocks. And unlike mutual funds, ETFs tend not to throw off capital gains distributions, making them more tax-efficient.

But blindly harvesting losses can be counterproductive in the long term. That’s because when a repurchased stock or a replacement investment later appreciates and is sold, it faces capital gains tax that can outstrip the strategy’s initial savings.

ETFs, just like mutual funds and stocks, are subject to the wash-sale rule, which is designed to prevent investors from claiming a loss for tax purposes while not actually losing money. The rule says an investor has to wait 30 days before or after selling a security at a loss before repurchasing the same security or buying a “substantially identical” one.

“If you have 2022 crypto gains, consider harvesting any losses in your portfolio before the end of the year to offset those gains,” said Bishop. “You can then immediately re-buy the positions while still tax-loss harvesting … at least for 2022,” as “there still has been no legislation making crypto transactions subject to the security wash sale rules.”

Hello?
Following the chaos and taxpayer misery of the past two filings seasons, when millions of returns lay unprocessed in a mammoth backlog worsened as IRS employees retired or stayed home during the pandemic, this year may be smoother.

The National Taxpayer Advocate, the IRS’s official watchdog, wrote in its annual report to Congress on Jan. 11 that the agency “has made considerable progress in reducing the volume of unprocessed returns and correspondence.” The IRS has hired an additional 4,000 people to help with the phones during this tax season and aims to add another 1,000 by year’s end.

“The IRS anticipates phones will be answered at a much higher level during the 2023 filing season,” the agency said last October.

For affluent clients who send their tax preparer to the lines, that’s welcome news. In 2021, as COVID-19 unfolded, the agency had one staffer to answer every 16,000 calls.

Now and later
Filing earlier is usually seen as better, as getting a return in before millions enter the processing hopper would seem to get one through the hoops more quickly

While the IRS urged people last November to “get ready now to file your 2022 federal income tax return,” it also pointed out that certain “key documents” needed to do so won’t arrive until the end of January or as late as mid-March.

A form known as Form 1099-K goes to taxpayers who sold goods or services through a digital platform such as Venmo or PayPal. Investors will receive the form if they made more than 200 transactions totaling more than $20,000 last year.

The thresholds were due to drop to $600 and a single transaction for 2022, but in late December, the IRS pushed back the requirement by a year. A copy of the form goes to the IRS, which warned that people with untaxed income on a 1099 “that isn’t reflected on the tax return they initially file” may owe taxes and need to file an amended return.

Affluent investors in partnerships should expect to receive their K-1 forms reporting income and losses later rather than sooner, said Tom Wheelwright, the CEO of WealthAbility in Tempe, Arizona, citing a shortage of accountants. Combined with overall staffing shortfalls at the IRS, he added, “high net worth individuals can expect things to take a little longer this tax season.”

The eyes have it
Audit rates are a fraction of their historic levels. But after years of steady decline, they’re now doubling and, for one income threshold, more than quadrupling.

While the increases look sobering, they’re nowhere near as scary as audit rates were in 2010, according to IRS data. That year, the chance of scrutiny for those making $5 million to $10 million was 13.5%. For those making $10 million or more, the rate was 21.5%.