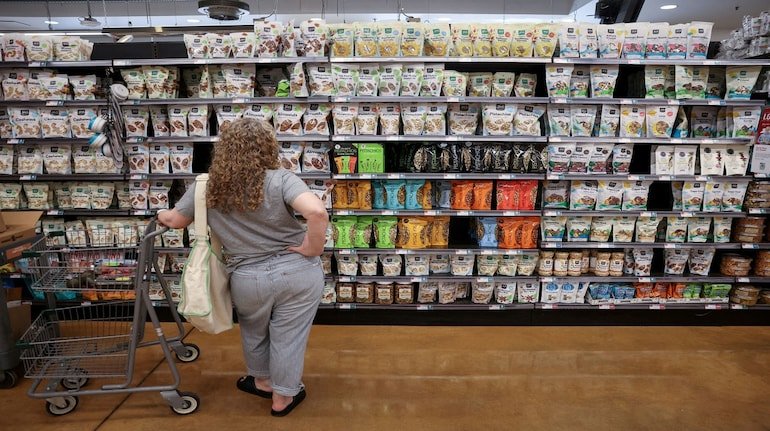 The surprisingly firm inflation readings reported by the Labor Department on Tuesday were despite an easing in global supply chains, which had contributed to a surge in prices earlier in the year. With a resilient labor market supporting strong wage growth, inflation has probably not peaked, keeping the Fed on an aggressive monetary policy path for a while.

“The Fed is all but sure to hike rates aggressively next week, likely by 75 basis points while pushing back strongly against talk of a near-term pause in the tightening cycle,” said Sal Guatieri, a senior economist at BMO Capital Markets in Toronto.

The consumer price index edged up 0.1% last month after being unchanged in July. Though consumers got some relief from a 10.6% decline in gasoline prices, they had to dig deeper to pay for food, rent, healthcare, electricity, and natural gas.

Economists polled by Reuters had forecast the CPI dipping 0.1%. In the 12 months through August, the CPI increased by 8.3%. That was a deceleration from July’s 8.5% rise and a 9.1% jump in June, which was the biggest gain since November 1981. Inflation has overshot the Fed’s 2% target.

Beyond the dilemma, the August inflation numbers present to the U.S. central bank, they are a headache as well for the Biden administration and congressional Democrats hoping to limit their losses in the Nov. 8 mid-term elections, which are expected to flip the House of Representatives into Republican hands. The annual CPI has remained above 8% for six straight months.

President Joe Biden said on Tuesday it would “take more time and resolve to bring inflation down,” and cited the recently passed Inflation Reduction Act aimed at lowering the cost of healthcare, prescription drugs, and energy as steps taken by the White House to ease the burden of higher prices on Americans.

Fed officials gather next Tuesday and Wednesday for their regular policy meeting. Financial markets have priced in a 75 basis points rate increase next Wednesday, with the potential for a full percentage point, according to CME’s FedWatch Tool.

“It’s becoming more apparent to market participants that the amount of tightening from the Fed thus far has not been enough to cool the economy and bring down inflation,” said Charlie Ripley, senior investment strategist at Allianz Investment Management in Minneapolis, Minnesota.

Fed Chair Jerome Powell reiterated last week that the central bank was “strongly committed” to fighting inflation. The Fed has twice hiked its policy rate by three-quarters of a percentage point, in June and July. Since March, it has lifted that rate from near zero to its current range of 2.25% to 2.50%.

Some of the price pressures are coming from the labor market, where the Fed is trying to dampen demand for workers.

Data last week showed first-time applications for unemployment benefits at a three-month low. Job growth was solid in August and there were two job openings for every unemployed person on the last day of July.

Excluding the volatile food and energy components, the CPI rose 0.6% in August after advancing 0.3% in July. Economists had forecast the so-called core CPI increasing 0.3%.

Owner’s equivalent rent, a measure of the amount homeowners would pay to rent or would earn from renting their property, increased by 0.7%. It jumped 6.3% on a year-on-year basis, the largest increase since April 1986. Rents are sticky and account for a significant share of the CPI basket, meaning that inflation will remain elevated for some time.

Higher mortgage rates and home prices are reducing affordability for many first-time buyers, driving up demand for rental accommodation. A potential strike by rail workers, which could shut down the American rail system and hinder the movement of goods as early as Friday could add to the inflation fires.

“While private sector measures of rent growth suggest the corresponding CPI categories may be close to peaking on a monthly basis, the slow-moving nature of primary rent and OER in the CPI data suggest housing will continue to provide a sizable boost to core inflation in the coming months,” said Sarah House, a senior economist at Wells Fargo in Charlotte, North Carolina.

Underlying inflation was also driven by higher prices for household furnishings and operations as well as motor vehicle insurance and education. New motor prices for vehicles increased by 0.8%. But there were decreases in the costs of airline fares, communication, and used cars and trucks. Prices for hotel and motel rooms were unchanged.

Healthcare costs rose 0.7%, with prices for hospital services increasing 0.7% and prescription medication gaining 0.4%. In the 12 months through August, the core CPI increased 6.3% after rising 5.9% in July.

“Wages and shelter costs will remain the primary drivers of future inflation,” said Sung Won Sohn, finance and economics professor at Loyola Marymount University in Los Angeles. “No significant respite in inflation is in sight.”