Home » Powell says no guarantee of a soft landing for the U.S. economy

Powell says no guarantee of a soft landing for the U.S. economy 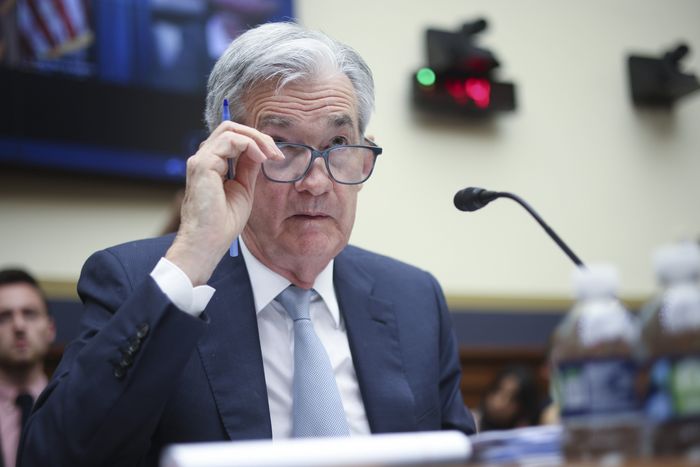 Fed Chairman Jerome Powell on Wednesday said there was no guarantee that the central bank can engineer a soft landing for the U.S. economy.

“We think that there are pathways for us to achieve the path back to 2% inflation while still retaining a strong labor market. We believe we can do that,” Powell said, during a panel discussion with other top heads of central banks at a European Central Bank policy conference in Sintra, Portugal.

Powell quickly added that “there’s no guarantee that we can do that.”

“It’s obviously something that’s going to be quite challenging,” he added, only made more difficult by “the events of the last few months” such as the war in Ukraine.

Despite the contraction of economic growth in the first three months of the year, Powell was upbeat about the current health of the economy.

Households and businesses were in very strong shape and the labor market is “tremendously strong,” he said.

In fact, the Fed is engineering slower growth — “growth moderate,” as he said — a necessary adjustment to let supply catch up with strong demand.

“Is there a risk we can go too far? Certainly, there is a risk,” he said. “But I wouldn’t agree that it’s the biggest risk to the economy.”

The “biggest mistake” would be to fail to restore price stability,” he said.

The Fed needs to get its benchmark policy rate “into restrictive territory fairly quickly,” he said.