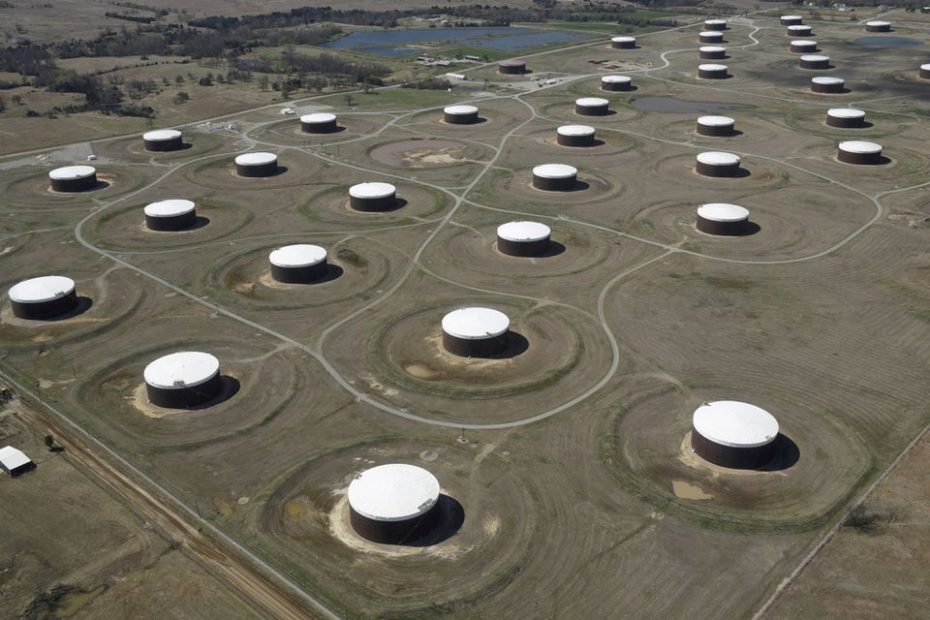 Oil prices jumped on Thursday, with Brent rising above $105 a barrel for the first time since 2014 before easing, after Russia’s attack on Ukraine exacerbated concerns about disruptions to global energy supply.

Russia launched an all-out invasion of Ukraine by land, air, and sea in the biggest attack by one state against another in Europe since World War Two.

U.S. President Joe Biden unveiled harsh new sanctions against Russia, imposing measures to impede its ability to do business in the world’s major currencies along with sanctions against banks and state-owned enterprises.

Brent and WTI hit their highest levels since August and July 2014, respectively.

Later in the session, prices eased after Biden said the United States is working with other countries on a combined release of additional oil from global strategic crude reserves.

The news around reserve releases is “having a psychological impact, but whether there is a real impact will take a few weeks to determine,” said Phil Flynn, senior analyst at Price Futures Group in Chicago.

Russia is also the largest provider of natural gas to Europe, providing about 35% of its supply.

At least three major buyers of Russian oil were unable to open letters of credit from Western banks to cover purchases on Thursday, sources told Reuters.

China warned of the impact of tensions on the stability of the energy market.

In the United States, commercial crude inventories (USOILC=ECI) rose 4.5 million barrels last week to 416 million barrels, much more than analysts’ expectations in a Reuters poll for a 400,000-barrel build.

Analysts say Brent is likely to remain above $100 a barrel until significant alternative supplies become available from U.S. shale or Iran, for example.

The United States and Iran have been engaged in indirect nuclear talks in Vienna that could lead to the removal of sanctions on Iranian oil sales.

Iran’s top security official, Ali Shamkhani, said on Twitter that it is possible to achieve a good nuclear agreement with Western powers after significant progress in negotiations.

Analysts are warning of inflationary pressure on the global economy from $100 oil, especially for Asia, which imports most of its energy needs.