Home » Is A Recession Looming? Why History Says We Shouldn’t Panic

Is A Recession Looming? Why History Says We Shouldn’t Panic 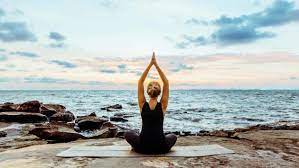 From rising interest rates to battling growing inflation and supply
chain issues that don’t show any hint of resolving, warning signs of a
recession are becoming hard to ignore. Despite the state of our
current economy, there are many reasons not to panic about a possible
recession.

we all began to emerge from the pandemic in 2021, and Americans
started spending more after being stuck in their homes. Holiday
shopping was up, unemployment numbers were down, and it’s safe to say
that many of us were feeling optimistic about our finances heading
into 2022. However, things began to change with increased labor costs,
stalled supply chains, and rising interest rates.

Could these be signs of a recession?

What Is a Recession?

An economy is considered in a recession after two consecutive quarters
of economic decline. Economic decline is measured by negative gross
domestic product growth. The GDP is reported after the quarter is
complete, meaning it is possible that a recession has already been
underway for a few months before it becomes official. Nowadays, there
are many other factors that are used to measure whether a recession is
occurring, including employment numbers, wholesale-retail sales, and
real income.

While recessions can be uncomfortable for us and our finances, they
are a very normal part of the business cycle.

Many of us think of high-interest rates or a stock market crash as the
cause of recessions. But there are a number of factors that can play a
part. Falling housing prices and sales can slow down the economy. If
homeowners begin to lose equity in their homes and cannot take out a
second mortgage, they may be forced to cut back on their spending.
Panic by consumers can also affect overall spending when people become
nervous about the state of the world and stop spending their money.
Poor business practices have caused recessions in the past. There are
many factors that can affect how we spend or invest our money, and we
need to be prepared for them all.

The United States has experienced 19 recessions throughout history,
and 14 have happened in the last 100 years. A few of the most
memorable is The Great Depression, caused by the stock market crash of
1929, and the recession caused by the dot-com bubble bursting in 2001.
And of course, many of us remember very well the Great Recession in
2008 caused by the global bank credit crisis.

While they all vary in length and severity, recessions last just under
a year on average. While it may be hard to predict, there are signs we
can look for. Rising interest rates, high inflation, and a negative
yield curve can all be signs a recession may be around the corner. As
mentioned above, while we can try and spot the signs of a recession,
many times they are almost over by the time we recognize them.

Prepare Now – Your Finances Will Thank You Later

While we may not be able to spot a recession before it starts, we can
prepare for one. Between the current interest rate hikes and a
negative yield curve, an increasing number of analysts believe a
recession may be coming. There are things you can do now to prepare
for the financial impact later.

Build up your emergency fund as much as you can. Try to have at least
six months of expenses covered in case of unexpected job loss or
illness. This may mean changing your budget and spending more on
things you need – not necessarily what you want.

If you are investing in the stock market, look at your portfolio.
Consider changing your investments to companies that sell products
people need, such as food or gas, instead of wants like luxury goods
or electronics.

Your short-term assets can also be helpful to you during a recession.
These types of assets are to be used within one year, so they are
ideal to help get you through an economic downturn. These can include
cash, prepaid expenses, or any short-term investments. Relying on a
short-term asset allows you to take advantage of more opportunities
when the economy begins to recover — all of this without having to dip
into any of your long-term investments.

A financial adviser can work with you to come up with the right plan
for you. The biggest takeaways are: Don’t panic and stick with your
plan. Recessions historically don’t last long, and our economy can
come back even stronger.