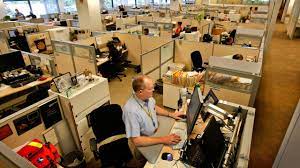 The amount of money workers are demanding to switch jobs has been escalating — recently hitting a new eight-year high amid powerful inflation and the prospect of a recession.

Asked about the minimum pay they would accept to switch to a new job, workers, on average, said they would need $73,700, the Federal Reserve Bank of New York found in a survey released this week. That’s $3,300 higher than a year ago, and eclipses the previous high-water mark set in March.

However, expectations differ widely along demographic lines. The typical salary desired by men in the survey was $85,700, compared with just $61,600 for women.

College graduates said they’d require a minimum of $92,100 to jump ship, while those without a college degree wanted just $59,800.

The results come from the New York Fed’s Survey of Consumer Expectations, a continuous survey that asks roughly 1,300 people about work, inflation, and other economic issues.

Historically, switching jobs has been the surest way for workers to get a pay increase — and the pandemic has accelerated Americans’ willingness to trade up their jobs for something better. Starting last year, rates of quitting have soared to levels last seen four decades ago, with more than 4 million people quitting their jobs every month this year.

Those moves are paying off. A study released by Pew this summer found that most workers who switched jobs saw real pay increases, despite surging inflation — while less than half of workers who stayed in their jobs saw pay growth.

The attitude shifts revealed in the New York Fed’s survey reflect the reality of increased costs of living alongside a job market that remains relatively tight, despite weakness elsewhere in the economy. Employers have added an average of 300,000 jobs every month since September — about triple the number needed to keep pace with population growth.

Some economists expressed concern about these salary expectations, treating them as a warning sign that inflation — which has been cooling somewhat — won’t come down easily.

“This is still looking too hot of a labor market to cool inflation,” Diane Swonk, chief economist at KPMG, said on Twitter. The concern is that as workers demand more pay to keep up with rising costs of living, the companies they work for will in turn raise product prices.

However, the Fed’s survey found that the minimum payment that workers said they needed in order to switch jobs — known as their “reservation wage” — wasn’t affected by how they felt about inflation or the broader economy.

Instead, the main reason workers’ desired pay is going up is simply that existing pay has been rising, a trend that accelerated during the pandemic. The more money employed workers earn, and the more satisfied they are with their current workplace benefits, the higher the salary they say they need to switch.

“These results show the rising importance of nonwage benefits — such as health and dental insurance, flexible work arrangements, maternity, and paternity leaves” since the pandemic, the authors wrote.