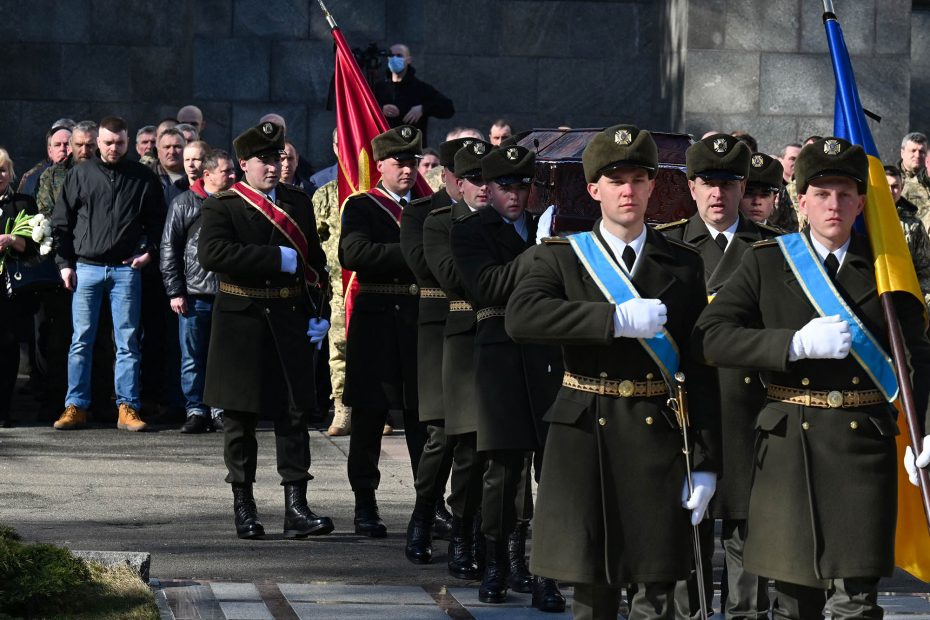 “Outright conflict” in Ukraine coupled with “punitive sanctions” could push U.S. stocks another 6% lower from Friday’s close, with worse losses seen in Europe and Japan, according to Goldman Sachs Group Inc.

With geopolitical upheaval notoriously hard to trade, Goldman strategists are basing their calculations on the recent sensitivity of global assets to the ruble, according to a note Monday. Worst-case scenario, a 10% decline in the Russian currency would push oil up 13% and cause a 27-basis-point decline in benchmark Treasury yields, they said.

Traders have been piling into Treasuries and selling stocks as tension escalates near Ukraine’s border, with investors trying to hedge investments and map out possible scenarios. President Vladimir Putin’s recognition of two self-proclaimed separatist republics could scupper the chance of European-mediated peace talks, with rising energy prices intensifying the risks to growth and higher inflation.

“Although Russia/Ukraine tensions appeared to affect primarily local assets in January, spillovers to global assets have been much more obvious in February,” wrote a team including Dominic Wilson. “If risks flare up further, and we shift to an outright conflict scenario coupled with punitive sanctions, the build-in political risk premium would very likely extend.”

Also in Goldman’s worst-case scenario: A fall of about 9% for European and Japanese equities, an almost 10% slump in the tech-heavy Nasdaq, and a 2% decline in the euro against the dollar, according to the analysis.

Conversely, a “de-escalation scenario” would see the ruble strengthen, U.S. stocks rise about 6% and Treasury yields jump, the note said.

Goldman’s downside estimates are based on calculations that the Russian currency is still more than 10% away from its most undervalued level of the last two decades. That’s a “conservative benchmark”, according to the strategists.

The ruble has weakened more than 3% since Friday, while U.S. equity futures have fallen roughly 1.5% and are close to a technical correction for the year. A burst of haven demand for Treasuries has snapped the rise in benchmark 10-year yields, bringing them back below 2%.

U.S. markets were closed for a holiday Monday and investors are awaiting signals from a meeting of the United Nations Security Council Monday night, amid news the U.S. has evacuated State Department personnel and embassy operations from Ukraine to Poland.

“Effectively, we wait for sanctions on Russia from the West, that would introduce a heightened level of financial instability into global markets,” said Kyle Rodda, an analyst at IG Markets Ltd. “Then the retaliation of gas supplies being cut to Europe, which is where surging prices could destroy demand and spark greater inflation.”

The Goldman projections chime with comments Monday from Deutsche Bank AG strategist Jim Reid, who suggested typical geopolitical selloffs in the S&P 500 Index are around 6% to 8% on average in magnitude. It takes around three weeks for stocks to reach a bottom and another three to recover from prior levels, he said, citing an analysis from the bank’s strategy team.