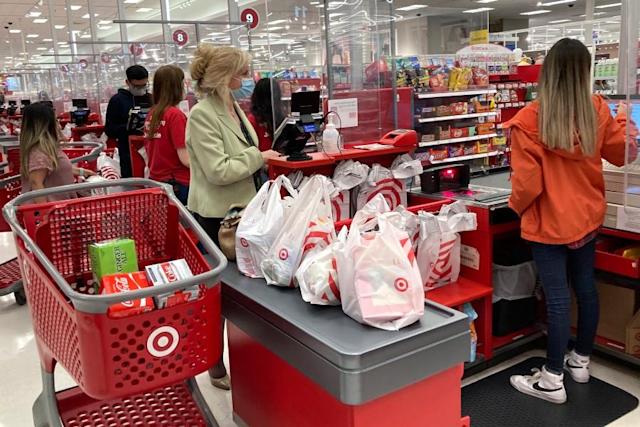 The personal consumption expenditures (PCE) price index — the Federal
Reserve’s preferred gauge of inflation — rose 6.6 percent over the 12
months ending in March, up from a 6.3 percent annual inflation rate in
February, the Bureau of Economic Analysis (BEA) reported Friday.
Annual inflation without food or energy prices, which are more
volatile, fell slightly to 5.2 percent in March, down from 5.2 percent
in February.

Prices rose 0.6 percent in March alone, largely in line with the
monthly inflation rate since October, and by 0.5 percent without food
or energy.

The U.S. economy appears to be holding sturdy, even as high inflation,
supply chain disruptions abroad, and the war in Ukraine push prices
higher. While gross domestic product (GDP) fell for the first time
since 2020 during the first three months of the year, economists
blamed the drop on surging imports overwhelming strong consumer and
business spending in the calculations of economic growth.

The U.S. also added 1.7 million jobs over the first three months of
2022 and is expected to see another strong month of employment gains
when the April jobs report is released next Friday. Economists expect
the U.S. to have added roughly 400,000 jobs last month, according to
consensus estimates, in line with the March gain of 431,000 jobs.

Fed officials argue the strength of the economy will help the bank
raise interest rates fast enough to curb inflation without throwing
the U.S. into job loss or a recession. The bank is expected to raise
its baseline interest rate range by 0.5 percent next week, twice the
size of a typical rate hike, with inflation more than three times its
preferred annual rate.

Even so, some economists fear inflation could continue to rise this
year and force the Fed to take more aggressive action to fight price
growth through higher rates.