Fed’s Bostic Favors Raising Rates as High as 4.5% by Year-End 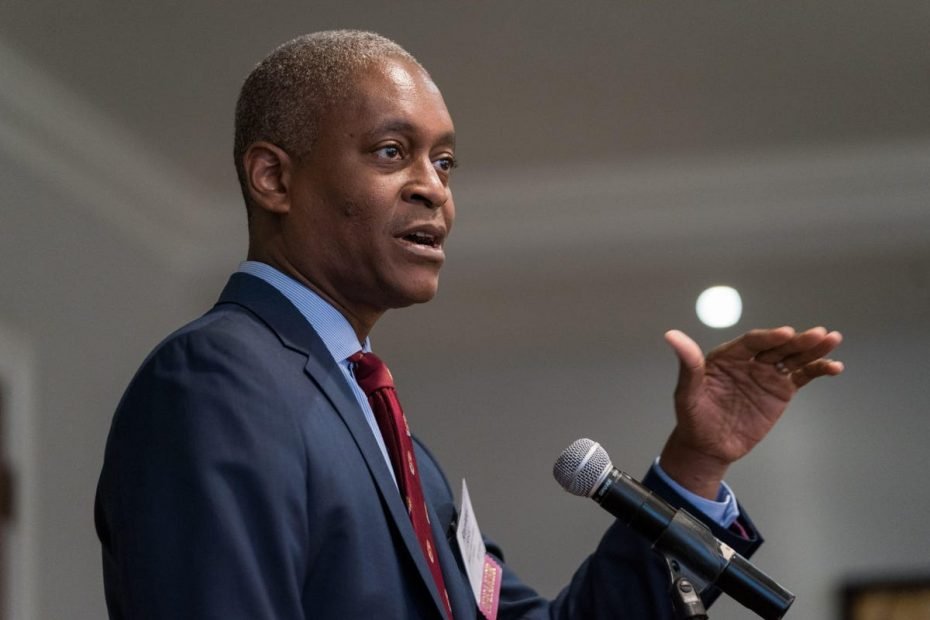 Federal Reserve Bank of Atlanta President Raphael Bostic said he favors lifting interest rates to between 4% and 4.5% by the end of this year and then keeping the tightening in place to reduce inflation that remains near a four-decade high.

“I would like to reach a point where policy is moderately restrictive –between 4 and 4 1/2 percent by the end of this year — and then hold at that level and see how the economy and prices react,” Bostic said in prepared remarks Wednesday to Northwestern University’s Institute for Policy Research.

Bostic’s view is in line with the Federal Open Market Committee’s September forecasts. The policy-setting group has raised rates by three-quarters of a percentage point for three consecutive meetings and has signaled another 125 basis points of hikes at its remaining two meetings this year. Markets are projecting the likelihood of a 75 basis-point hike at the next meeting on Nov. 1-2.

While markets have forecast rate cuts by the end of next year, Bostic said, “I am not advocating a quick turn toward accommodation. On the contrary. You no doubt are aware of considerable speculation already that the Fed could begin lowering rates in 2023 if economic activity slows and the rate of inflation starts to fall. I would say: not so fast.”

That echoed comments from Fed San Francisco President Mary Daly, who in a Bloomberg TV interview earlier Wednesday promised to be “resolute” on inflation and said “I don’t see that happening at all” about market forecasts for reductions.

While Bostic said there have been some encouraging signs of inflation, he saw the overall picture as challenging. Like Daly, he said the Fed should be “resolute” even when there the signs of labor market weakness or economic weakness.

He said his “baseline outlook” is that the US economy “will be strong enough that we can tighten policy to that point 4 to 4 1/2 percent — without causing undue dislocation in output and employment.”

“Though recent reports have brought glimmers of hope, the overarching message I’m drawing from them is that we are still decidedly in the inflationary woods, not out of them,” he said.