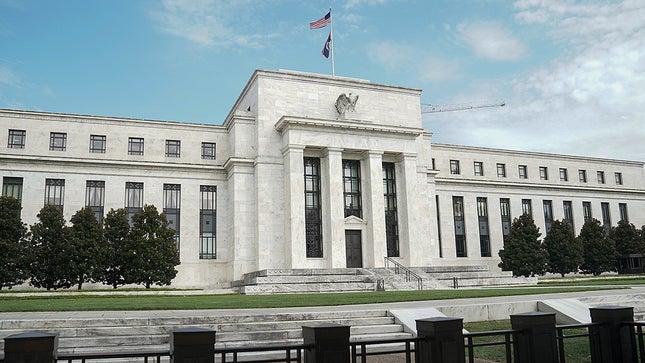 Federal Reserve officials said last month the bank may need to raise interest rates and reduce its bond holdings faster than they currently anticipate if inflation continues to rise above their target, according to minutes of the meeting released on Wednesday.

Members of the Federal Open Market Committee (FOMC), which sets Fed monetary policy, discussed whether the strength of the U.S. economy could force the bank to speed up the process of pulling back support, according to minutes from the FOMC’s Jan. 25-26 meeting.

Fed officials generally expected inflation to ease deeper into the year after the surge driven by the omicron variant wore off, pressure on supply chains eased and fiscal stimulus deployed during the pandemic ran its course through the economy.

Even so, some FOMC members suggested inflation could continue to rise above their expectations as businesses continue to struggle through supply and labor shortages.

“Most participants noted that, if inflation does not move down as they expect, it would be appropriate for the Committee to remove policy accommodation at a faster pace than they currently anticipate,” the minutes read.

The FOMC held its baseline interest rate range steady at 0 to 0.25 percent after the January meeting but made clear it would hike rates at its meeting in March barring a major economic shock. The Fed is also on track to end its monthly purchases of Treasury and mortgage bonds next month, two years after the program began to support the pandemic-wracked economy, and could allow some of those bonds to mature without being replaced soon after.

While the Fed typically moves interest rates in 0.25-percentage-point increments, many investors expect the bank to raise rates by 0.5 percentage points in March after the Labor Department reported a 0.6 percent monthly increase in consumer prices.

Fed officials held off on raising rates and ending bond purchases as inflation kept rising through 2021, insisting it was too soon to pull back support for the recovery economy. With the unemployment rate now 4 percent, wages rising sharply, and employers struggling to fill millions of open jobs, most FOMC members see the economy as close to its maximum pandemic potential.

“Participants noted that the labor market had made remarkable progress in recovering from the recession associated with the pandemic and, by most measures, was now very strong,” the minutes read.

“Against this backdrop of a generally strong and improving labor market, many participants observed that the effects of the Omicron variant likely would only temporarily suppress the rate of labor market gains.”