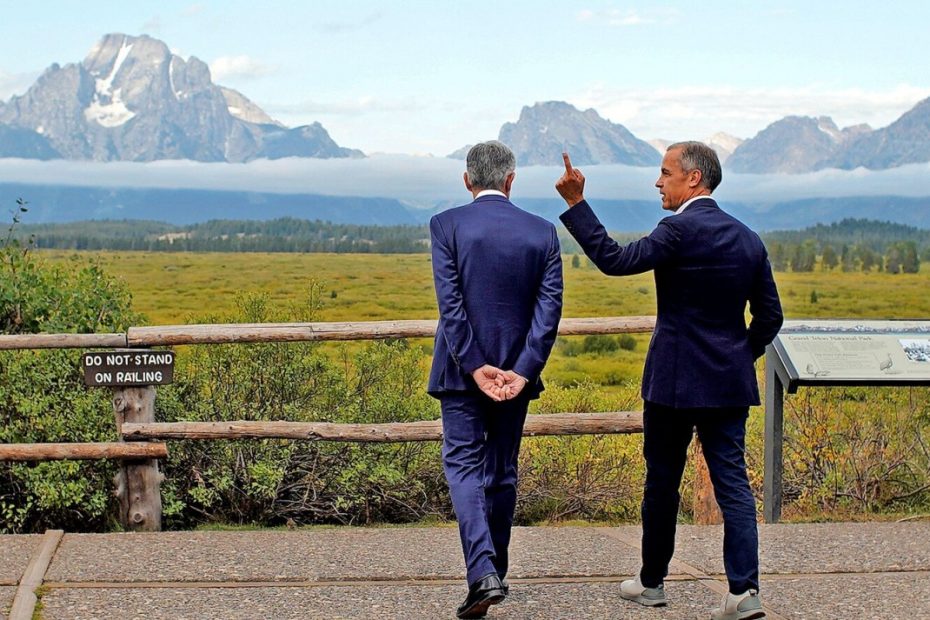 Federal Reserve Chairman Jerome Powell will use his closely-watched Jackson Hole speech this week to stress that the central bank is going to bring down the high U.S. inflation rate even if it means a recession, economists said.

“The core message will be the Fed’s dogged determination to bring inflation down even though they know they’ll be running substantial risks of a weaker short-term growth outlook than they would like,” said Lou Crandall, chief economist of Wrightson ICAP.

The minutes of the Fed’s July meeting released last Wednesday made this point, but it was lost in other headlines about the eventual slowing of the pace of interest rate hikes, Crandall said.

According to the minutes, Fed officials “recognized that policy firming could slow
the pace of economic growth, but they saw the return of inflation to 2% as critical to achieving maximum employment on a sustained basis.”

Crandall said that a Powell speech is a better place to deliver a message than the minutes and the determination to hold the line in the face of a weak economy and weak labor market will be “front and center,” he said.

“Inflation has gotten to the point where they have no choice but to accept that risk,” Crandall added.

Powell is scheduled to speak from Jackson Hole, Wyo., on Friday at 10 a.m. Eastern.

U.S. consumer price inflation is running at an 8.5% annual rate in July, well above the Fed’s 2% target.

Concerns about an imminent recession have eased with the strong July jobs report and signs that the consumer is still spending.

The Fed has moved quickly this year to raise its benchmark policy rate. Since March, the Fed has pushed its fed funds rate to a range of 2.25%-2.5%.

Fed watchers are debating whether the Fed will engineer the third straight 0.75 percentage point rate hike at their next meeting on Sept. 20-21.

Economists are split on whether Powell gives any guidance about the size of the expected September hike at Jackson Hole.

Powell is not expected to shed much light on the key unknown – how far will interest rates have to rise in order to bring inflation down.

Carl Tannenbaum. chief economist at Northern Trust said he thinks Powell will try to make the case for another 75 percentage point move in September.

Stephen Stanley, the chief economist at Amherst Pierpoint, said he expects Powell to take a broader perspective and not focus on the next policy meeting.

“If I were him, I would not center my speech on whether I’m going 50 or 75 in September,” Stanley said.

Fed officials who have spoken in the last two weeks have said the size of the September rate rise depends on the data and there will be another round of monthly data between Jackson Hole and the Fed meeting in late September, he said.

Instead, Stanley said he expected Powell to highlight the idea of a “pause and hold” or the idea that there will be a long interval of time between the last rate hike and the first rate cut.

Economists were pretty clear about what else Powell won’t do.

Stanley said Powell would not send the message that inflation is going to persist for longer than expected.

“I just don’t know that is a wise thing for any Fed official to ever get in front of people and say inflation is going to stay high for longer than you think. It just doesn’t seem like a good look” particularly as the central bank wants to keep down the public’s long-run inflation expectations, Stanley said.

A lot of the market commentary in the run-up to Jackson Hole has focused on the recent gains in the U.S. stock market DJIA, 0.06% SPX, 0.32% which has seemingly been based in part on a view that the Fed will be cutting rates as soon as next year. The yield on the 10-year Treasury note TMUBMUSD10Y, 3.020% has risen to just below 3%.

Crandall said it would be a “cold day in hell” before Powell would try to talk stocks lower.

Tim Duy, the chief U.S. economist at SGH Macro Advisors, said he detected a “growing suspicion in markets that the Fed will declare victory at 3.5% inflation.” So, in a sense, Powell’s message will be aimed at countering such doubts.

Several economists said that the market has to start focusing on the longer-term battle with inflation.

Avery Shenfeld, the chief economist of CIBC World Markets, said the markets seem to be hoping for “some combination of continued growth to support earnings, but lower inflation that convinces the central bankers to ease off.”

Shenfeld said there is a path for a soft landing – sharply lower inflation in 2023 without a recession, but he said the Fed isn’t as concerned about 2023 as it is about the outlook for consumer prices in 2024.

“The Fed’s concern during 2023 will be whether the conditions will be in place to keep inflation low in 2024,” he said.