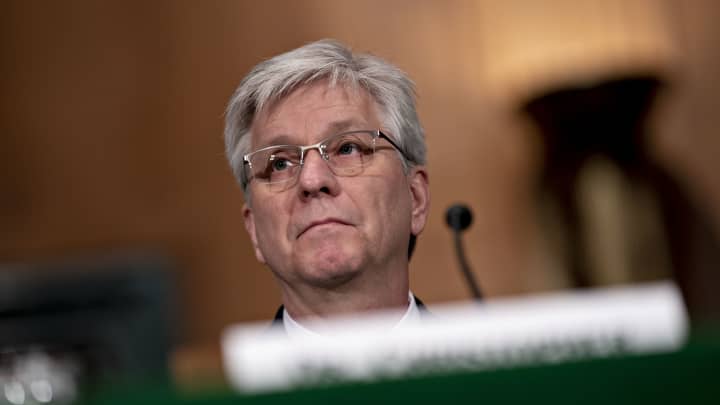 Federal Reserve Governor Christopher Waller said Friday he favors a quarter percentage point interest rate increase at the next meeting, as he waits for more evidence that inflation is heading in the right direction.

Confirming market expectations, the central bank official said during a Council on Foreign Relations event in New York that the Fed can dial down on the size of its rate hikes.

But he also said it’s not time to declare victory on inflation, comparing monetary policy to an airplane that soared higher quickly and now is ready for a gradual descent.

“And in keeping with this logic and based on the data in hand at this moment, there appears to be little turbulence ahead, so I currently favor a 25-basis point increase at the FOMC’s next meeting at the end of this month,” Waller said in prepared remarks. “Beyond that, we still have a considerable way to go toward our 2 percent inflation goal, and I expect to support the continued tightening of monetary policy.”

He did not specify how high he sees rates heading, and was scheduled to participate in a question-and-answer session following the 1 p.m. ET speech.

Other officials, such as Philadelphia Fed President Patrick Harker, have pointed to a 0.25 percentage point increase at the Jan. 31-Feb. 1 FOMC meeting, but Waller is the highest-ranking member to be that explicit.

While the market and the Fed appear to be on the same page with where rates go in the short term, there is divergence further out.

Central bankers largely have said they see rates holding at a high level through the end of the year, while markets see a peak in the summer and then a reduction shortly thereafter.

Waller said the divergence is largely about the perception of where inflation is going to go.

“The market has a very optimistic view that inflation is just going to melt away. The immaculate disinflation is going to occur,” he told CNBC’s Steve Liesman during a question-and-answer session after the speech. “We have a different view. Inflation’s not just going to miraculously melt away. It’s going to be a slower, harder slog to get inflation down and therefore we have to keep rates higher for longer and not start cutting rates by the end of the year.”

Waller was generally upbeat on the economy, noting that activity has slowed in some key areas such as manufacturing, wage growth, and consumer spending. He emphasized the Fed’s goal is not to “halt the economic activity,” but rather to bring it back into balance so inflation can start to fall.

In recent months, inflation gauges such as the consumer price index and the Fed’s preferred core personal consumption expenditures price index have come off their peaks of last summer. But he noted that while headline CPI declined 0.1%, the index excluding food and energy still rose 0.3% and “is still too close to where it was a year ago.”

“So, while it is possible to take a month or three months of data and paint a rosy picture, I caution against doing so,” he said. “The shorter the trend, the larger the grain of salt when swallowing a story about the future.”

But Waller did say he still sees a “soft landing” as possible for the economy, a scenario that would see “progress on inflation without seriously damaging the labor market.”

“So far, we have managed to do so, and I remain optimistic that this progress can continue,” he said.