Home » Economic output is falling, but so is unemployment

Economic output is falling, but so is unemployment 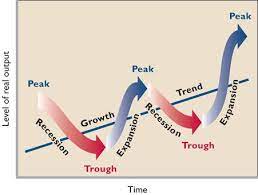 The U.S. economy has experienced 12 recessions since World War II, and
each one included two features: Economic output contracted and
unemployment rose.

Today, something highly unusual is happening. Economic output fell in
the first quarter and signs suggest it did so again in the second. Yet
the job market showed little sign of faltering during the first half
of the year. The jobless rate fell from 4% last December to 3.6% in
May.

It is the latest strange twist in the trajectory of the pandemic
economy and a riddle for those contemplating a recession. If the US is
in or near one, it doesn’t yet look like any other on record. Analysts
sometimes talked about jobless recoveries after past recessions in
which economic output rose but employers kept shedding workers. The
first half of 2022 was the mirror image of a job or downturn in which
output fell and companies kept hiring. Whether it spiraled into a
fuller and deeper recession isn’t known. There are a growing number of
economists who believe it will. Some companies, especially in the tech
sector, have given indications that they’re pulling back on hiring
across the broad economy, the job market has rarely looked stronger.