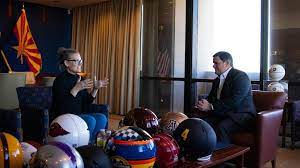 The Federal Reserve’s super-sized interest rates are not scaring most companies into cutting back on spending, according to a survey released on Wednesday.

About two-thirds of chief financial officers say the current level of interest rates has not impacted their spending plans, according to the CFO Survey conducted by Duke University and the Federal Reserve Banks of Richmond and Atlanta.

That’s despite the Fed raising interest rates at the fastest pace in decades to cool inflation. Rates have surged to 15-year highs, raising the cost of capital for businesses and consumers alike.

Only about 30% of CFOs say rates have already dampened spending plans, according to the survey.

When asked why the current level of rates was not hurting capital investment, many CFOs said they are not borrowing to finance investment plans or that their plans are not rate-sensitive.

The Fed has signaled it will likely keep raising interest rates next year, with benchmark rates likely to top 5%.

On average, CFOs in the survey indicated they would pull back on spending if the fed funds rate hit 6.4% – a level well above what investors and Fed officials are penciling in for next year.

The survey found that inflation remains the top worry of CFOs, followed by the worker shortage and rising interest rates from the Fed.

Overall, CFOs are relatively downbeat on the outlook for next year.

CFO optimism in the US economy was unchanged at 53 on a scale of 0 to 100, compared with the historic average of around 60.

CFOs in the survey expect the US economy to grow at a pace of just 0.7% next year and nearly one in three (31%) expect the economy to shrink.