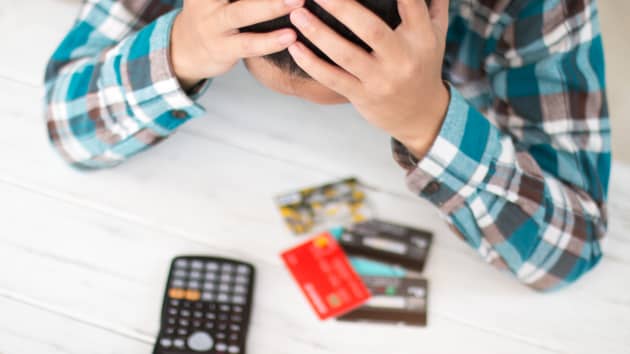 American consumers reported losing more than $5.8 billion to fraud last year, up from $3.4 billion in 2020 (an increase of more than 70%), the Federal Trade Commission said Tuesday.

Almost 2.8 million consumers filed a fraud report to the agency in 2021 — the highest number on record dating back to 2001, according to the FTC. About 25% of those scams led to a financial loss, with the typical person losing $500.

The true toll is almost certainly higher since some incidents likely weren’t reported to the agency.

Those figures also don’t include reports of identity theft and other categories. More than 1.4 million Americans also reported being a victim of identity theft in 2021; another 1.5 million filed complaints related to “other” categories (including credit reporting companies failing to investigate the disputed information, or debt collectors falsely representing the amount or status of debt). Both sums are annual records, according to the FTC.

Fraud has ballooned during the Covid-19 pandemic, as con artists have preyed on consumer fear and confusion. They peddled fake health products (such as hand sanitizer and masks) and used stolen data to file for unemployment and other benefits in victims’ names, for example.

Imposter scams were the most prevalent form of fraud in 2021, accounting for more than a third of reports, the FTC said. The typical victim lost $1,000.

In such scams, criminals pretend to be someone else to steal money or sensitive personal information. They may include romance scams, as well as people falsely claiming to be a government official, a relative in distress, a well-known business, or a technical support expert, for example, according to the FTC.

However, other forms of fraud were costlier on a per-person basis — investment fraud cost $3,000 per victim in 2021, for example, the largest such sum. Business and job-opportunity scams cost the typical victim almost $2,000.

Younger Americans tended to be fraud targets most frequently, but those over age 70 reported losing more money. The typical person over age 80 lost $1,500, triple that of those in their 20s.