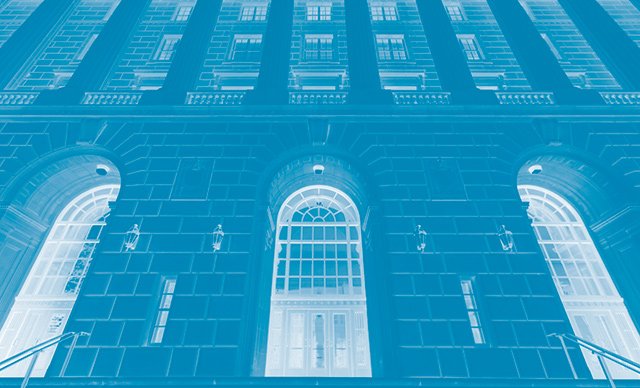 Over the past few years, Lewis said in her testimony to the committee, tax practitioners have experienced difficulties in dealing with the IRS, mostly with the Service’s sending erroneous notices to taxpayers, being slow to process returns and correspondence, and failing to answer a large majority of phone calls.

“These problems have been magnified the past two years,” Lewis said, “and at times, we as CPAs feel powerless to help our clients navigate these IRS service issues.”

Some clients have received notices instructing them to file forms and returns they had already filed or to allow more time to resolve an issue about which they did not receive any original notice, she said.

“We’ve had clients receive notices regarding payroll Form 941 [Employer’s Quarterly Federal Tax Return], stating that the IRS needs more time, but the client has no employees and does not even file payroll tax returns,” she said.

Other clients who did file Form 941 or the amended version, Form 941-X, on which they claimed an employee retention credit for 2020 or 2021, are still waiting for the resulting refunds, she said.

“I could go on for hours with examples,” Lewis said, but she described one particularly frustrating example: Several passthrough entities were unable to file returns before 2020 extended due date because of pandemic-related difficulties, she said. None of the returns were more than a couple of months late.

“But despite the IRS’s indication that there would be penalty relief for late filings due to COVID, the telephone assisters had no knowledge of any special pandemic relief when we called,” and penalties were assessed, Lewis said.

The IRS did have its own dislocations to deal with, she noted, including shuttered offices and significant new tasks handed it by Congress, such as administering economic impact payments.

While the AICPA has communicated long-term strategic recommendations to improve IRS service, it continues, with its partners in the Tax Professionals United for Taxpayer Relief Coalition, to advocate shorter-term recommendations that Lewis reiterated for the committee: temporarily postpone all automated compliance actions, adjust account hold times, liberalize the reasonable-cause penalty waiver process, and provide targeted relief from underpayment and late-payment penalties.

She noted with appreciation that the IRS on Wednesday clarified that some entities did not have to file the schedules for 2021. But the schedules’ instructions were revised during the current filing season, and affected entities are currently unable to e-file them, Lewis pointed out, potentially exacerbating existing challenges for both taxpayers and the IRS.

The Tax Professionals United for Taxpayer Relief Coalition also Thursday released its letter dated Feb. 16 to the House Oversight Subcommittee in support of Collins’s testimony there on Feb. 8 and restated the coalition’s relief recommendations.

Several senators questioned the witnesses on issues of IRS funding and the Service’s resources, particularly its outmoded and in some respects antiquated computer systems and processes that often rely on personnel performing manual tasks.

In describing the IRS’s still “snowballing” backlog of unprocessed returns and correspondence, Collins reiterated her earlier assessment that the IRS is buried in paper. Clearing the backlog and putting the IRS in a stable and healthy condition will require expanding electronic submission and automating not just returns but other forms and taxpayer correspondence as well.

While e-filing can be efficient, “paper is different,” Collins said.

“And still we have over 4 million amended returns that taxpayers are waiting to be processed,” Collins said.

Lucas-Judy’s testimony, which the GAO also released as a report Thursday, focused on challenges in the IRS’s 2021 filing season, which included a tripling of taxpayer correspondence over 2019 levels and a fivefold increase in telephone calls.

Both Lucas-Judy and Collins pointed out the IRS’s alternative for taxpayers’ most likely reason for calling, its Where’s My Refund? online portal leaves much to be desired: It tells taxpayers at the beginning of the process that the Service has received a return and at the end that a refund has been authorized and sent, but little to no information about what happens in the meantime.

In response to a question from Sen. Ben Cardin, D-Md., about the impact of the IRS’s problems on small businesses, Lewis said she is “passionate about” the issue, having grown up as the daughter of a pharmacist and store owner.

“It is burdensome, it is complex, but we’re here to help in any way that we can,” Lewis said. “But what’s burdening my small business clients right now is the unending notices and not being able to reach the IRS.”